Greetings! Tonight we have the crossover quest between AdventureQuest, DragonFable, and MechQuest!

Dean Warlic has called you to his office over a very disturbing matter. A group of creatures he helped hide from the Shadowscythe have sent him a message saying they're in danger! He wants you to head to their hiding spot and find out what's going on!

I want to give a big thanks to The Hollow and Wyrm of the Adventure Quest team, Tomix and Dracelix from the DF team, and Lyris. All of them put in a lot of work either making the monsters, the rewards, the artwork I used, and just overall putting up with me freaking out trying to get everything done for this. I wrote all 3 quests for this crossover, with some additions by Falerin for AQ's script and Geo, Verlyrus, and Melissa for the DF script, and everyone else pitched in to help me with art that I needed to build these or just things like the monsters and reward items. This couldn't have been done without them so make sure you thank them either on the forums or on Twitter because they all deserve a big thanks for making sure this worked out!

I put a lot of work into the quests from the story all the way to making sure the cutscenes worked like I wanted them to so I hope you all enjoy playing it!

Are you excited about BioBeasts?
Would you like to win 10,000 Artix Points? 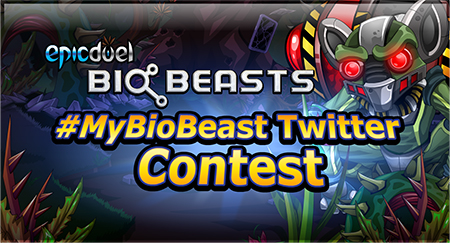 Greetings! I've finally finished the quests and you can now play through the final 2 in this storyline!

The Stranger has found out where the Ghosts are hiding. You know he's up to something, but for now speak to him in Soluna East and see what he has to say!

These are later than I expected mainly due to the fact that flash did not want to cooperate and do very basic things. As an example, I spent two hours on part of the cutscene in the first quest where your character is in his/her mecha and is supposed to be facing left. It faces right. I tried everything I know how to make it face the other way. Nothing I tried, even including straight flipping the pad backwards just to see if flash was being rediculous again, worked. After fighting with it for that long I just moved past it and worked on getting everything else done. If you notice anything weird like that, it's most likely because I tried to do something, fought with flash for several hours, and just moved on because otherwise the release was never going to come out. I'll work on trying to get them fixed and push out a fixed version, but for right now I know some things are going to look weird.

Due to the fact that I was fighting with cutscenes I didn't get a chance to do all the rewards I wanted to either. I'll work on them and have them ready for the next chain I do with the Stranger as well. With everything that happened last week and everything going on this upcoming week I just keep running out of time to do the things I really want to that would be cool and fun. Hopefully the mods make up for it as they do something a bit different than normal.

Hey, I just wanted to give everyone a heads up. Since I'm having to do two quests this week to make sure we're set for stuff later this month I'm not going to be able to have a release tonight. I should have them both done and ready by tomorrow, Sunday at the latest, but I won't have it all done by the time we would normally have the release.The cutscenes are a bit more work intensive that I had first thought and I'm not the quickest when it comes to those.

Sorry about having to push it back, but check back over the weekend to play the release! You'll want to to be able to understand something that's coming up sooooon!

Greetings! Tonight we have a new quest for you, the start of a 3 part chain!

The Ghosts in Soluna are normally pretty quiet, unless you're trying to capture them that is. For some reason though they've become hostile, stealing things and attacking people at night who get in their way. Those that report the attacks claim the Ghosts are now MUCH stronger and put up an actual fight! The Stranger knows something and has requested your help. What could he know? What could it mean for Soluna? Speak to him and find out!