A Load of Dynamics

Dragon*Con Bound! I'm just about finished packing for Dragon*Con! We're working on a head weapon for you if you're able to make it (and we'll make a version available to those who can't, too. Did I tell you that already? I forget... ) In other news, I've got twitter working on my phone now, so watch for tweets about #MechQuest and other Artix Entertainment game news from Atlanta this week! (follow @MaegwynAe on twitter - that's me!)

Ooh a transmission from Practel! It's for YOU! I'll talk with you more later! =Mae

Hello players!
I'm here to deliver you an update on the Practel vs. Korin War! A lot of progress has been made on it, and the hardest part (dynamically loading certain things pertaining to the war; I'll explain more in a minute) has been completed.

The main objective of this war is to explore the craziness and insanity between two brothers, Korin and Practel. A few players really want a serious progression to the story (or at least one building up to why the war is occurring), and I want to explain that the reset technically has not occurred yet. So, following the timeline of the story, the war takes place before the finale in terms of lore and story. The way that it should be viewed is as follows: the player has to maintain a very serious situation and needs to be focused, while Practel and Korin are absolutely not taking anything seriously (to the point where they start to cause issues for the people of Loreon!) If you haven't already, talk to Practel in-game at Soluna City for an awesome cutscene.

In essence, it means that we can make players who support Practel see certain things Korin supporters can't and vice versa. The plan right now is to have the players (you guys) choose a side at the start of the war to support, and can't go switching easily. If time permits, there may be a betrayal quest that allows you to switch sides.

Now, with all that random and annoying technical stuff out of the way I give you the first room of MANY in the war hub for Practel and Korin.

And finally, we have 2 of 4 practel and korin war NPCs:
http://i.imgur.com/QszPR8J.png

Phew. That was a lot. Hasta la vista, baby!
~Practel

Star Date: 26 August, 3013
Artix Entertainment is having a panel at this year's DragonCon in Atlanta, Georgia!
When: Saturday, Aug 31st @ 2:30pm until 3:30pm
Where:  Hilton, Grand Salon E
I'll be there again this year & I hope to see as many of you as possible! Come see me at our fan table, too!

Hello, pilots!
Today I have some exciting news! Over the past few weeks the MechQuest staff and I have been developing a new WAR coming to MechQuest! This war has been really fun to plan, and we are excited to announce it today. Keep in mind that while it was announced today, it is not going to be released for a few weeks. There is a lot of work to do and I can't promise a date quite yet.
Without further ado, I give you... The Practel vs. Korin War! 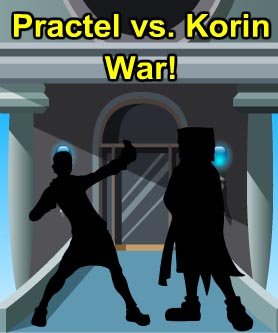 I'm excited to show you guys more in the upcoming weeks!
Practel out.

MechQuest breaks all of the rules... deliver pizza in an armed-to-the-teeth giant mecha. Supernatural mecha and worlds. Chtulian creatures of the deep and an unspeakable army of invaders from another dimension. No other game is quite like it. To the staff that has been creating it, the community staff that has been keeping our forums fun and safe, and to the awesome mecha pilots who boldly went were no sane person would ever even consider going... TO MECHQUEST!!!

Korin says, "Steins are for sissies!"

Toast and Coffee and stuff

Nova Gems! To recap the note from Artix and add some details: If you have logged in within the past month, you have been awarded 250 Nova Gems - and 1000 additional Nova Gems have been awarded to all Star Captains! Did you just send in a payment for an upgrade & missed it? If your payment method is not instant (bank-transfer or snail-mail or other delayed types) we will be on the lookout for yours. We'll scan again (thanks to Captain Rhubarb) in 7 days and we will monitor snail-mail upgrades for the next 3 weeks to be sure you new Star Captains all receive the thank-you gift!

Toast and Coffee! With all these new Nova Gems we're giving you for free this weekend, if you weren't already saving up for something, you probably want some awesome new items to pick up. Minar has drawn & animated in record time to bring you this series. Soluna Main is where you'll find the shops with the new Toaster Arm and the coffeemaker & toaster Starship Items. 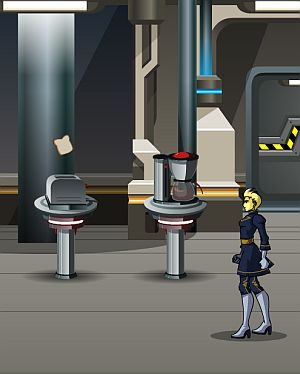 A toast to MechQuest!

Please join Maegwyn, Korin, the team and I this Friday as we do a toast to the players, artists, animators, writers and programmers and community staff of MechQuest. You can symbolically raise your glass of your prefered space age beverage at any time on Friday and say cheers with a post on our Forums, FaceBook or Twitter. It will be a great time to share your old war stories and favorite moments. 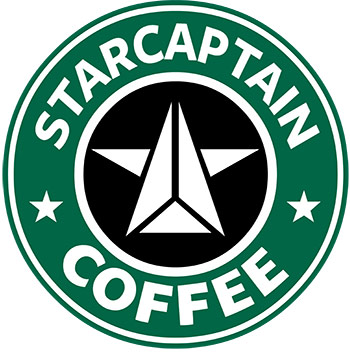 The Future of MechQuest

I applaud Korin's brutally honest post about the end of MechQuest. It was from the heart, and in my opinion, extremely accurate. It shined a light on the things we did right and the mistakes we need to learn from as we create games in the future. Which is what I would like to talk to you about today.... The Future of MechQuest. Which, of course, depends on Project: Omni....

What is "Project: Omni"?

For the past year we have watched as more and more of our players moved away from playing video games on web and are now playing on their iPhones, Androids, iPads and other mobile devices. This has created a challenge for us because Flash does not run on most phones. As you know, we created our games including MechQuest, DragonFable, EpicDuel, AdventureQuest Worlds & AQClassic using Adobe Flash. Futhermore, Adobe seems to have 'thrown in the towel' for Flash & Air on mobile. As a result, we have started Project: Omni. It is not a game. Omni means "all." It is the code name for our new method of creating creating games. It will allow us to create games that run on the web, iphones, androids, windows, tablets, toasters, etc. We call them... omni-games.

Can MechQuest become an omni-game?

It most certainly can! I saw this with a lot of enthusiasm but everyone needs to understand. Everything needs to be re-created from scratch to do it. Some of the things that were really easy to do in the Flash version of MechQuest are border-line impossible to do in an omni-game.  However, somethings that were border-line impossible to do in Flash... are now possible! (It is a super weird but liberating trade off.) So... if we have to recreate everything and make a "NEW MECHQUEST" to go mobile anyway, we might as well brain storm with the sky being the limit. While the current Flash version of MechQuest will live on forever, updated by Maegwyn and her team, the NEXT version of MechQuest could be a huge step forward for us.

If the sky is the limit... what should MechQuest 2 be?

What would you actually love playing in the next version of MechQuest? A 3D mecha simulator? Dragons vs Mecha? A tactical stategy game? An expansive universe where you can pilot ships, drop mecha on planets, and then battle for the planets? A pvp game? Old school anime or crazy new 3D style?

I feel that we should have a lot of conversation about what to build next. You are the best person to have it with. The people who are reading this are the serious fans of MechQuest. The people who want to see it live on into the next century. (You probably want to play it on your phone and then be able to log onto your computer and continue where you left off with better graphics.) So please kick off the conversations about what we should build next. And if someone says something REALLY GOOD... please... for the love of all that is explody and awesome.... send me a link on Twitter, Facebook, Email, or via a smoke signal!