Star Date: 21st  Dec 3012
Don’t fear the reaper! First off, if you’re reading this, congratulations on surviving the end of the world!Today is also special as it’s the winter solstice - the darkest day of the year, and the sign of brighter days to come. To celebrate, Freddy Yeti has new Reaper-themed weapons which have been designed to complement the Milziiga Sniegapika series of 3011!

Speaking of the Milziiga Sniegapika, you can now replay Frostval 3011, where you can pick up the mecha and its default weapons!

Snow more lag! The snowfall in Soluna City has lessened, which hopefully will reduce lag in and around the city area!

G.E.A.R.S. Games update! While Maegwyn will talk more about this I’d like to say the the new weapons that have been previewed over the past few weeks have all been animated, tested and are waiting to be released when the games come. The weapons have all been really fun in testing and I can’t wait for you guys to be able to use them!That’s all from me, I hope you all have a great weekend and an enjoyable holiday!~Plasma Charge

Gears Games: Vivi has the updated functionality set up & working; we are putting the finishing touches on them this weekend for you, and I'll roll 'em out as soon as they are ready & pass quality-control standards. I know you're eager to get the competition started at last & I know the team & I are excited about launching!  Keep your eyes open.

Have a fantastic weekend - enjoy the new Reaper set weapons and if you are celebrating seasonal holidays, be safe and have fun!  Talk with you again soon! =Mae

A Crystaline throve of treasures!

*Incoming transmission to all mecha pilots*

Salutations once again! Following her discovery of the Crystaline  helm Val searched deeper and came upon an amazing stash of rare treasures, and what better way to celebrate an elusive find like this than by selling replicas to students!  Rumour has it that the race which crafted these antiquities  had an affinity for magic and had mana cored blades capable of summoning a powerful magic attack, of course those are just legends… right? Either way be sure to check out these items because they’ll only be around until Friday!

On the second day of Frostvale Kringle gave to me… 5 brand new SC gift Boxes!

That’s right, Star Captains can now pick up their brand new set of gift boxes, this year the gifts have been designed to complement the design of the Milziiga Sniegapika series! But these boxes wont open until January 1st!

That’s right next week the annual G.E.A.R.S. Games are coming, this time with a brand new look at focusing the games and evening the odds. Be sure to head to your house council on the forums to discuss battle tactics, meet your fellow students and hang out! Check them out here http://forums2.battleon.com/f/tt.asp?forumid=325!

And now, a message from Plasma Charge:

*A message to all pilots*

Season’s Greetings! Today just so happens to be a very interesting day, and it’s about to get more interesting because now in Soluna city you can find the sweet new Crystalite Helm series to celebrate! At first glance this weapon series features nice damage including a buff to you boost, and damages the opponents EP too! So how could this get any better you ask? Well how about if I said that the NG version of this weapon features two tone Colour customisation, the first takes from your mech’s colour and the details on the helm then take from your hair colour!

In other news here’s a follow up to the last Gears Games Preview, this time WolfBlade! 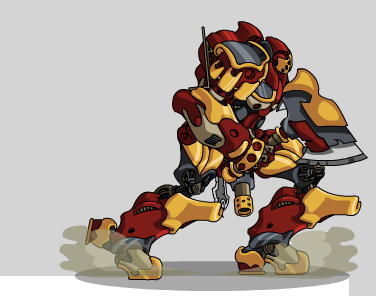