Where do I get it? http://portal.battleon.com/store/packages/mechquest.asp

And the Prototype Accelerator Containment Vessel mecha for every StarCaptain on your MechQuest account! 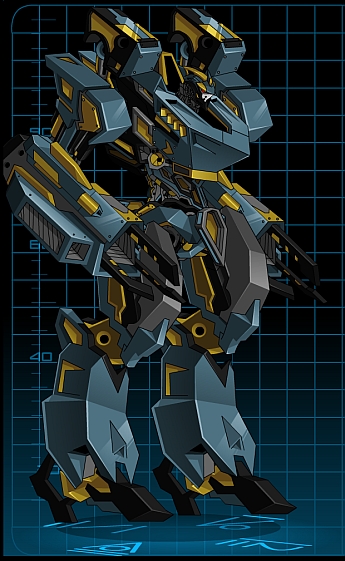 What is it?   G.E.A.R.S. has many great minds within its halls and they are always pushing the boundaries of what's possible. They came up with a new type of particle accelerator, one that when placed into a vehicle granted it some amazing effects. Upon seeing what it could do in a lesser mecha, the students built this containment vessel specifically designed with combat in mind. It uses the various exotic particles that the accelerator constantly creates to recover energy and keep you in a fight, as well as increasing your combat potential and greatly increasing your chances of winning. The core even has a small chance to create and utilize an as-yet-unnamed particle (only discovered and harnessed by one other, to make the Ubertron). These particles will swap with those in your foe, swapping your HP and EP! The pitfalls discovered in the creation of the Ubertron, however, caused them to come up with a safety mechanism. Upon detection of creation of these particles and the swap with your foe, a safety system will engage and recover a portion of your HP and EP - keeping you in the fight!

This prototype accelerator may never see widespread use because of how dangerous it could be if it winds up in the wrong hands. However, YOU have been chosen by the scientists at G.E.A.R.S. to use this one because of everything you have accomplished! Will you be able to use it to its peak potential and show how powerful it can be?