NOW: See Braddock Steele in Soluna City to travel to the Rainbow Road & fight Lucky Warriors and Leprescythes while collecting Clovers to open the reward shops.  Apologies for the issue causing a black screen while you were collecting Clovers - that issue is now FIXED.

WEDNESDAY: A brand-new mission launches! As for new equipment? We've got Lucky Mechas on their way to you, including Elite House Mecha models for the high-level players!  The Advanced versions will scale to higher levels, too. There's also a surprise model on its way, thanks to Ash!

Happy Birthday to Gibby! The Giblet Skewer is coming back to the Birthday Shop in Soluna City to commemorate the happy occasion.

And now a very important announcement from Artix!

It just went live! Be the first to play our 1st major mobile game, AdventureQuest: Battle Gems! It is available right now for free on Apple’s App Store 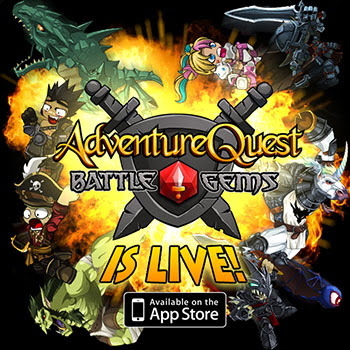 The team and I are really proud to be releasing Battle Gems for you. As our first major mobile game, it took over 6 months to draw, animate, code and write the 450+ joke & pun filled levels for you. We think you will agree that it is our most crazy, addictive and fun game yet! Get Battle Gems and please help us spread the word. (P.S. We are working on the Android version as you read this.) 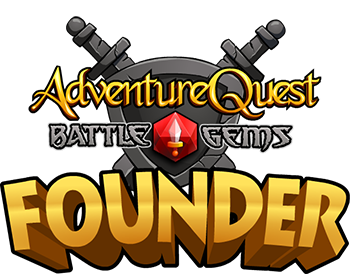 Now is your only chance to become a Battle Gems Founder! Support the game during this launch **note: this includes Android - the Android launch is coming soon** and UNLOCK EVERYTHING with a one-time payment that is cheaper than a Pizza. …and our game comes with “extra-cheese” at no extra charge. Purchase the Founder Package during this limited time offer for $9.99, you shall receive: 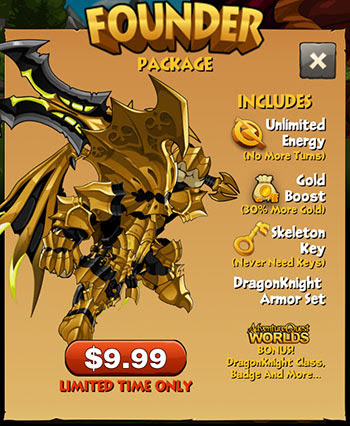 Thank you so much to everyone giving the game five stars to us on the app store. Battle Gems has been getting amazing feedback and reviews -- check out this KILLER game review from the game review site, Game Skinny! The humor is spot-on perfect "AE" and Battle Gems has the highest quality and most consistant art. I am really proud of the team, the testers, and our online community for all of the long and hard work that went into creating this amazing game. Thank you guys!!! We are working hard on the Android and other ports. Even if you cannot play yet, please help us spread the word! Each day this week we will be releasing a new Battle Gems video... and this weekend, "The Gems" will be heading to the MegaCon convention in Orlando, Florida to run around and cause trouble. BATTLE GEM ON! 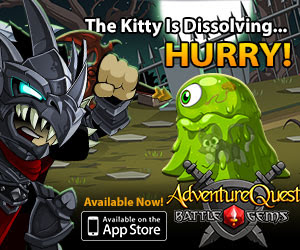 Thanks, Artix!  I'm eager for the Android release, myself!

Stay tuned for more MechQuest news, and thanks for playing!